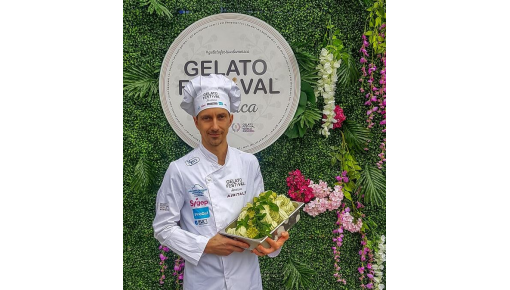 Monday, October 1st, 2019 -- Gelato Festival America, now in its third year, celebrated its first LA-based event in West Hollywood. The mission of Gelato Festival America is to spread the culture of artisanal gelato throughout the United States through a prestigious com. The winner of the contest for best flavor at this Festival was Seamist, presented by Stefano Mosi of MOSI in Victoria, Canada! Two local WeHo restaurants sent their pastry chefs to compete: Fabio Ugoletti of Cecconi’s and Alison Trent of Ysabel. Another chef hailed from SoCal with an aptly named and appetizing Strawberry213 flavor to represent Stick Station Gelato - Brandon Choi from Studio City. 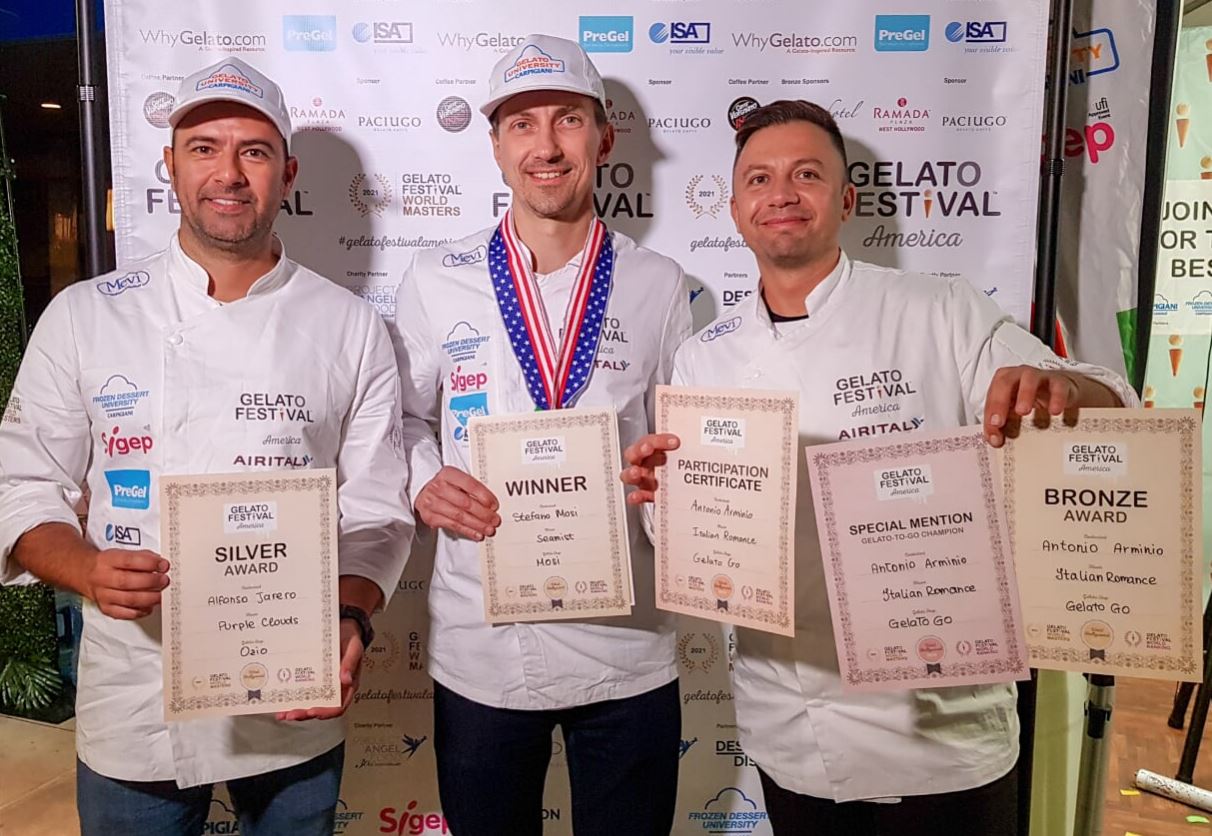 - 1st place winner of the West Hollywood festival, Stefano Mosi (Instagram: @mosigelato), received a beautiful medal by Florentine goldsmith Paolo Penko. The Seamist flavor, an herbal tea sorbetto of mint, lemongrass and seaweed with added fresh mint leaves and lime, was a hit with the Public Jury, composed of ticket-holding guests, as well as the Technical Jury of 12 professional judges.
- Second place went to Purple Clouds, a lychee gelato with organic hibiscus infusion and whole
raspberries, by Alfonso Jarero (Instagram: @ozio.gelateria) of Ozio in Kentwood, MI.
- Third place went to Italian Romance, made with water from organic handmade roses wrapped in a mixture of variegated blueberries with wild berry spice for an elegant romantic and healthy
taste, by Antonio Arminio (Instagram: @gelateriaarminio) of Gelato Go in the Beverly Hills.
Held in collaboration with strategic partners Carpigiani Frozen Dessert University and Sigep - Italian Exhibition Group, Global Partner Air Italy, Main Sponsors PreGel and WhyGelato.com, and Technical Sponsor ISA, Gelato Festival West Hollywood 2019 has produced a winner to continue the competition and enter a flavor in Gelato Festival American Final 2020. It’s the World Cup of gelato, a journey with hundreds of trials and thousands of flavors over four years on five continents! The West Hollywood stage competitors created and served more than two tons of gelato for thousands of guests over this weekend using cups by Packaging Sponsor Stanpac. 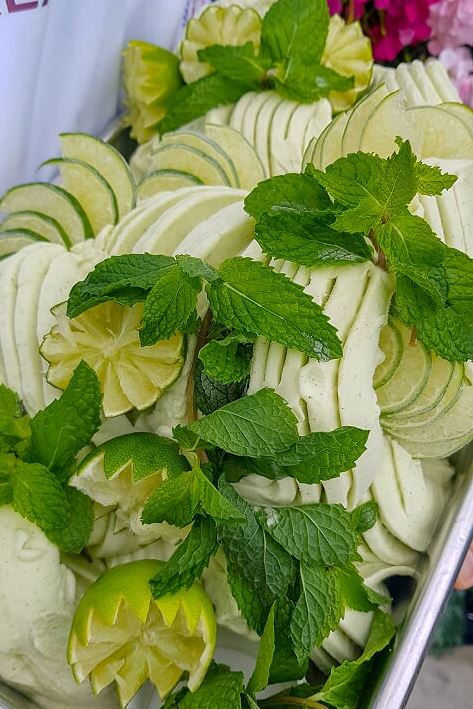 Special Mentions:
- Technical Jury Award: Tropical Cowboy, a mango pineapple gelato with candied jalapeños AKA ”Cowboy Candy” and citrus highlights, by Ashley Westwood of Bibo Freddo Gelato in Reno,
Nevada. The Technical Jury prize is awarded to the professional judging panel’s favorite flavor (with no consideration given to the popular vote by all ticket-holding guests). Each gelato is judged based on presentation, flavor, structure, creativity, and articulation.
- Popular Jury Award: Sunshine Spicy, a perfect synthesis of the citrusy freshness of oranges and spicy heat of cinnamon, by Riccardo Barbarossa of Zona Blu in Weston, Florida. The Popular Jury prize is awarded to the flavor that was preferred by the general admission guests (not counting the professional judging panel). 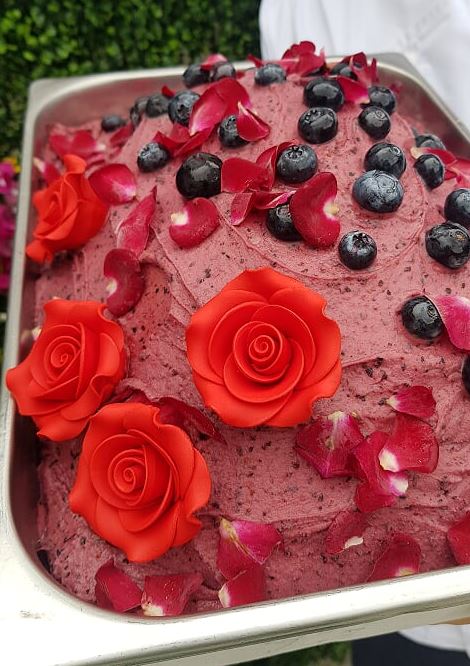 Winners of the other prizes:
- The Gela-to-go Award: Italian Romance, , made with water from organic handmade roses wrapped in a mixture of variegated blueberries with wild berry spice for an elegant romantic and healthy taste, by Antonio Arminio of Gelato Go in the Beverly Hills, who received a Gela-togo Special Mention Certificate for selling the most pints of gelato for guests to take home.
- Kids Jury: Cardi “P”, with a tantalizing salted butterscotch drizzle, a gorgeous medley of homebaked cinnamon apples and layers of honey graham cracker crumbles won over the kids in a perfect cheesecake setting. Topped with ribbons of buttery caramel and melted white chocolate, by Jason Corosanite of Particle Food Labs/Café Vine in Philadelphia, Pennsylvania.
Little jurors, both pre-selected and among the little guests of the Festival, tasted and scored all the competing flavors.
- Speed Cup Race by ISA: Jason Corosanite of Particle Food Labs/Café Vine in Philadelphia, Pennsylvania served the most perfect cups of gelato in WeHo, 13. It was a close call, but
Riccardo Barbarossa and Antonio Arminio claimed second and third places respectively. The top three each received an award to commemorate their placement. Sponsored by ISA, Speed Cup Race is about speed and the art of using the spatula to fill cups in the traditional Italian way. Each Gelato chef has 30 seconds to serve as many perfect cups of Gelato as possible.
- Stack It High by PreGel: Katyna Mercenari of Fatamorgana Gelato in Studio City stacked an impressive 17 scoops of gelato into a single cup to win the challenge and take home the Golden PreGel Scooper. Sponsored by PreGel, each Gelato Chef was given 30 seconds to stack as many scoops of gelato as possible into a cup. This weekend was the culmination of a fantastic Gelato Festival Summer Tour at the Pacific Design Center where thousands of people enjoyed authentic Italian gelato and voted for their favorites. Guests enjoyed demonstrations, contests and games, ceremonies and most importantly, tasting the artisanal gelato. 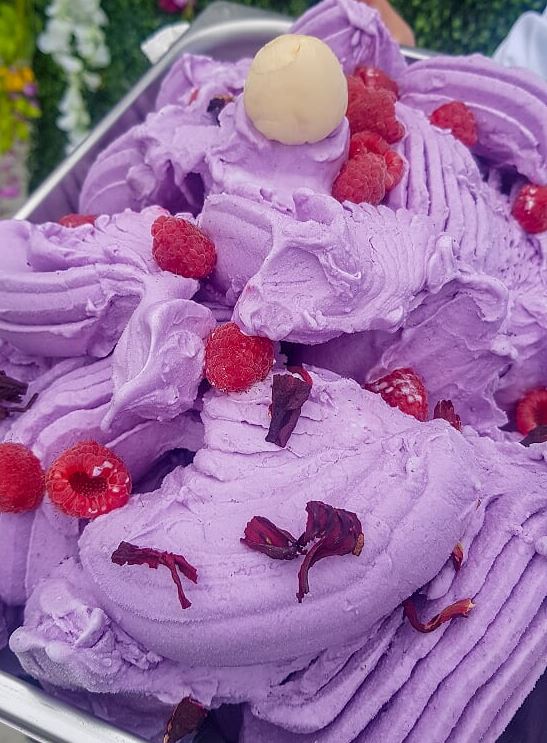 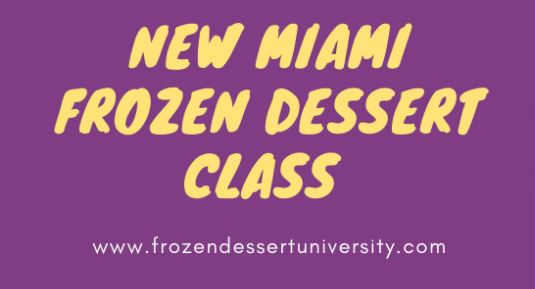 Miami - The art of making frozen desserts has arrived 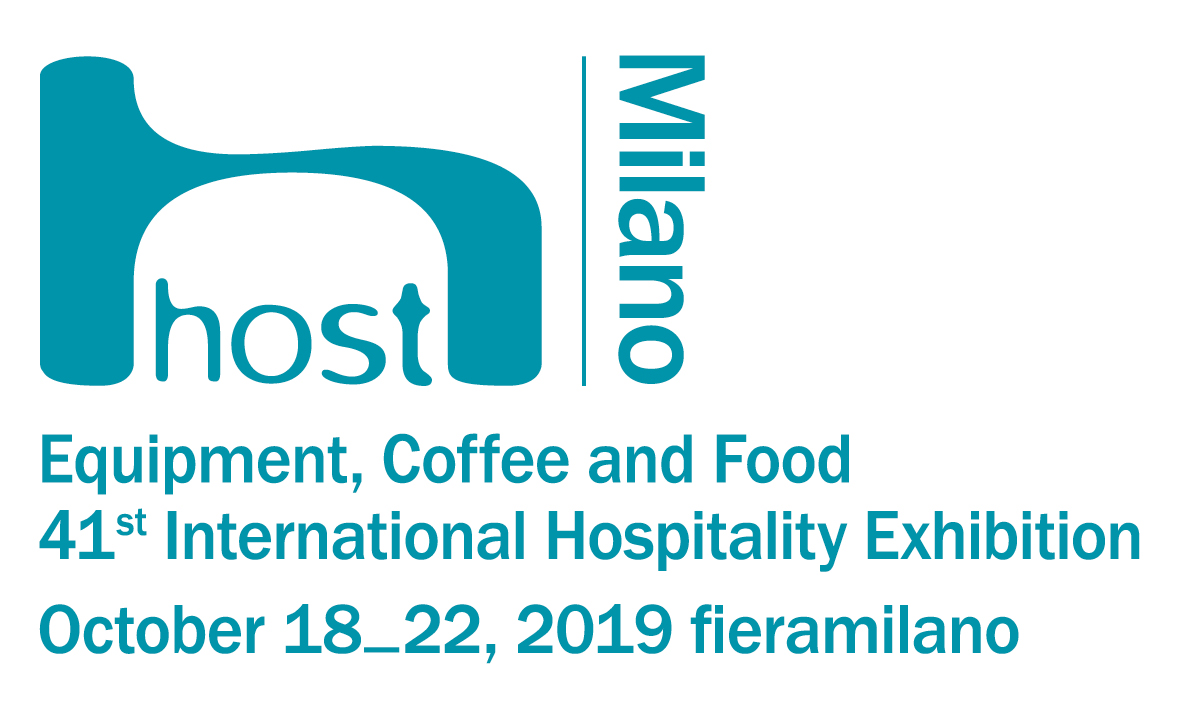 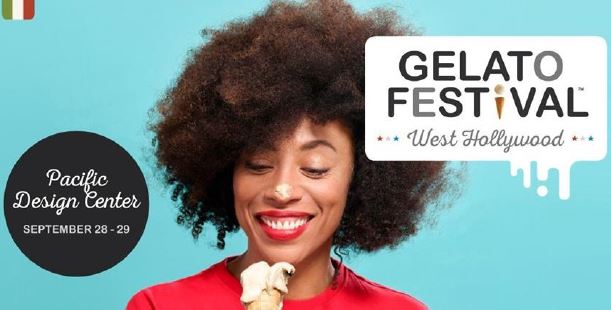 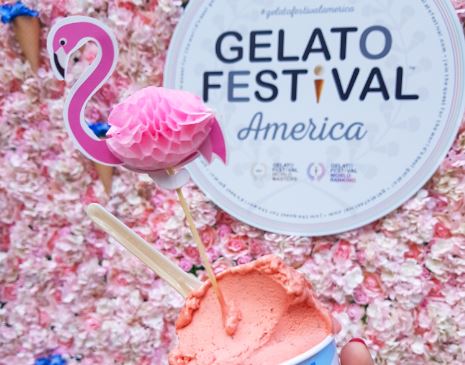 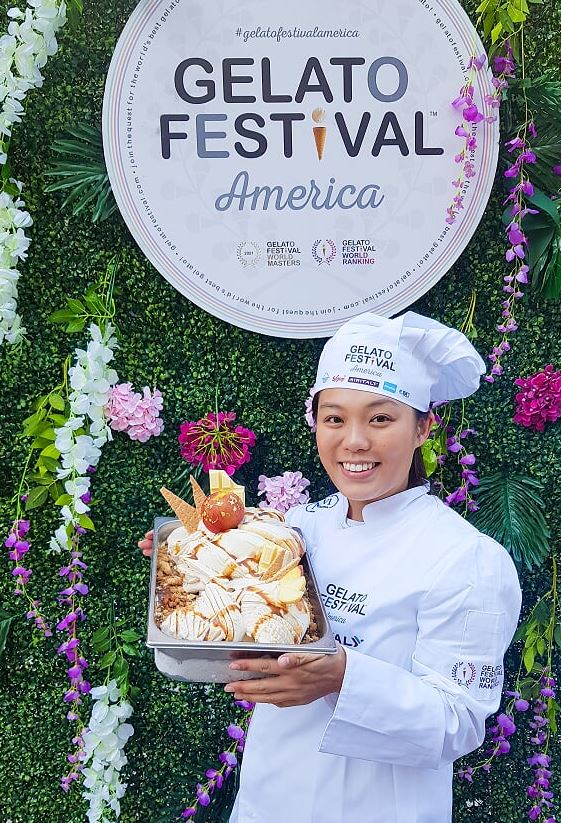 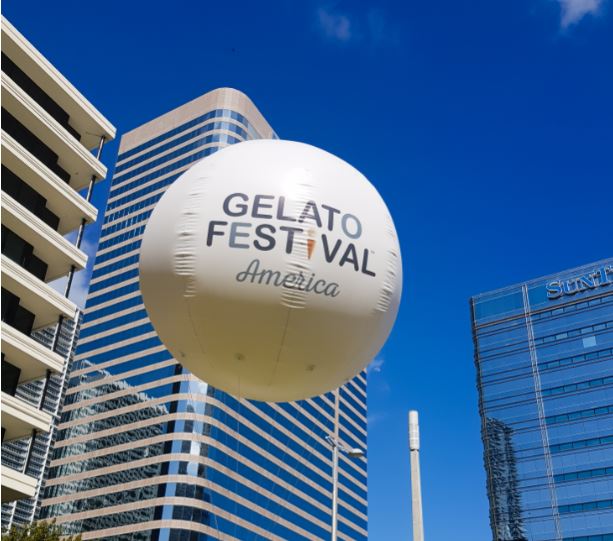 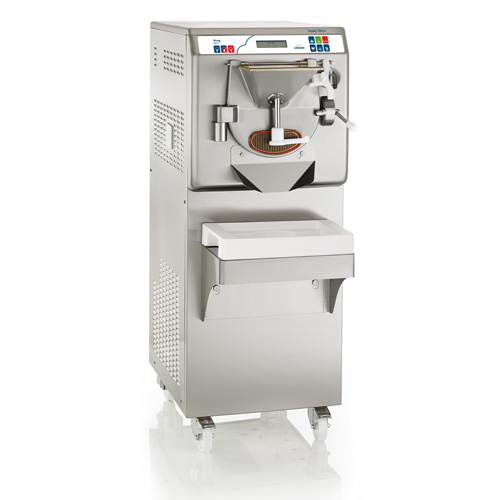 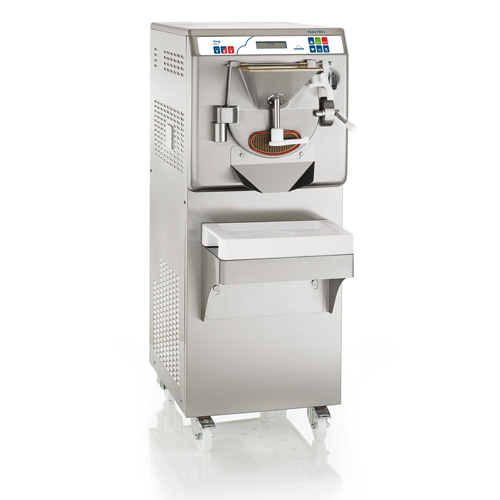 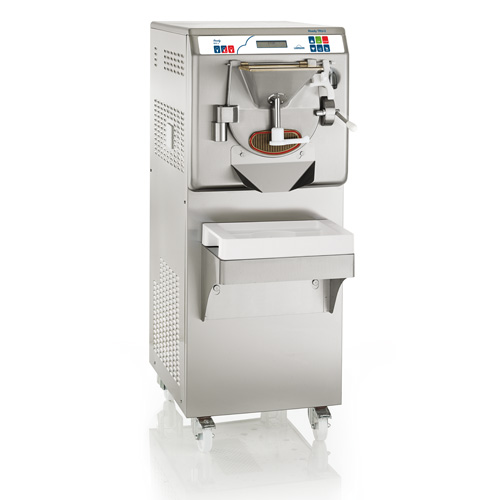 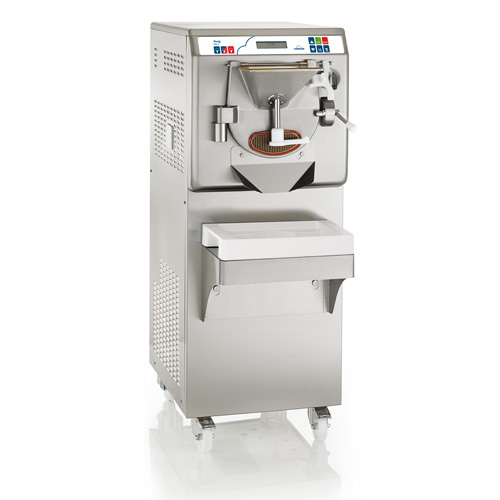 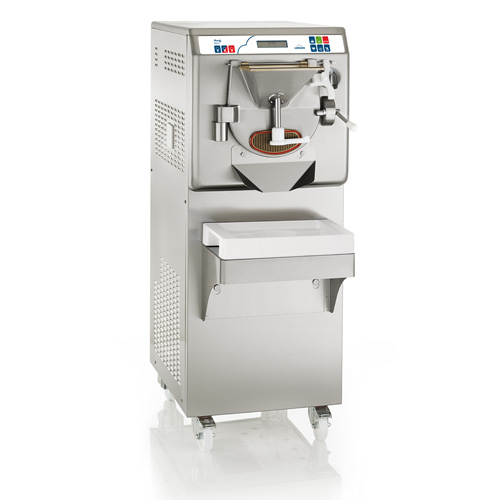 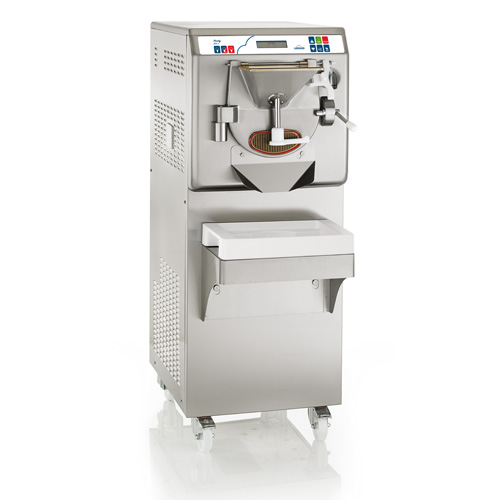 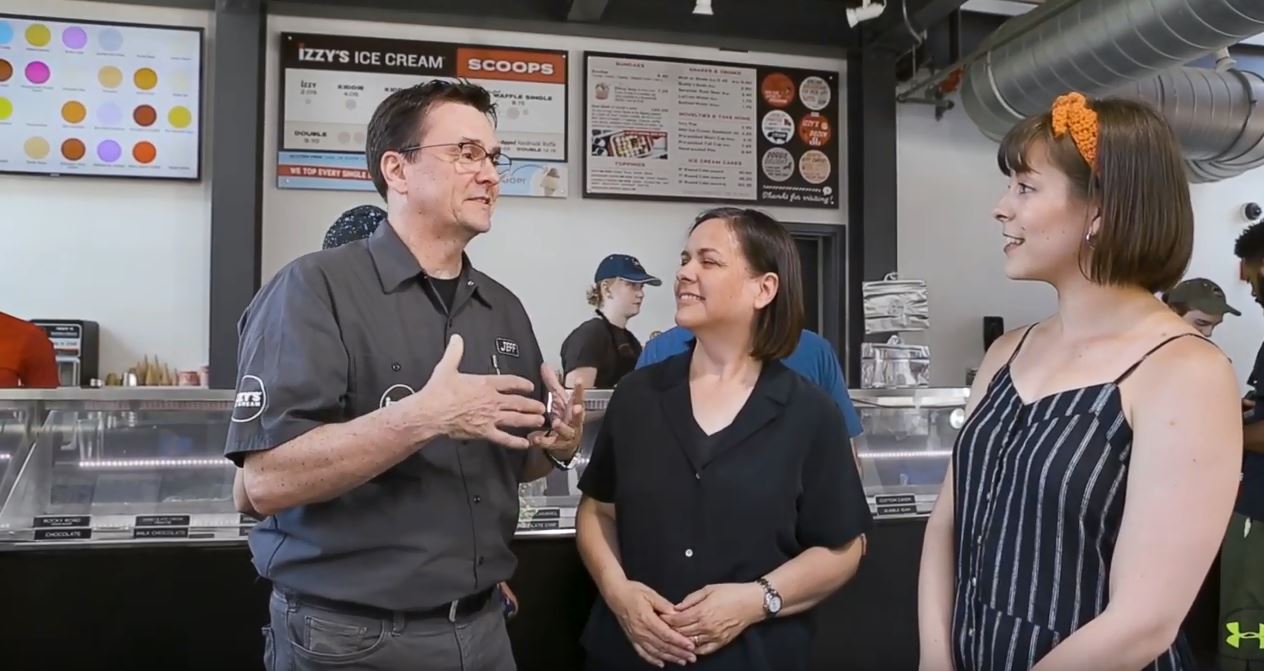 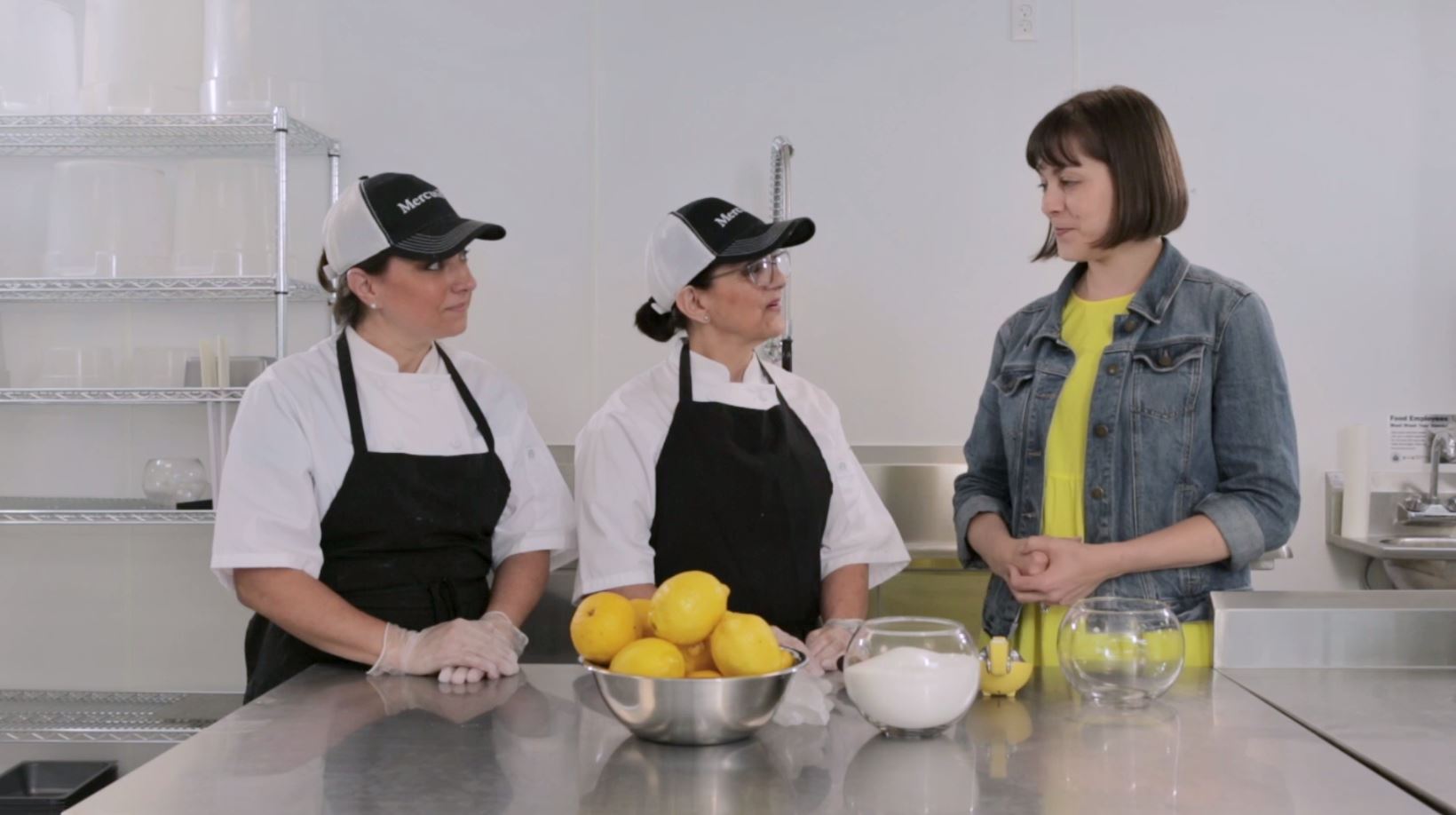 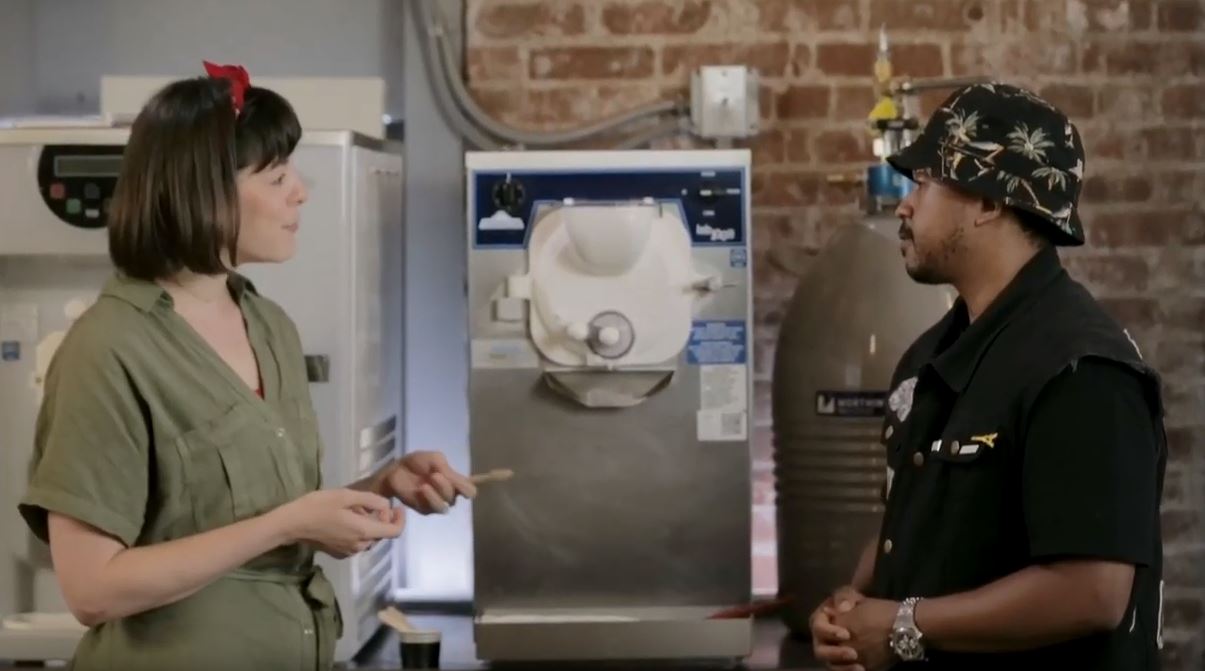